We reached Liege and were just beginning to see it pass under our left wing when I noticed some black objects flying around off to the left. I immediately gave the warning of enemy fighters which I soon recognized as FW190s. What I didn’t realize was that these ships had already made a pass at the Lead squadron and knocked out the lead ship. All of a sudden the tail gunner let out a yell that about 50 to 60 bandits had ganged up in a ‘company front’ and were coming in at us from 6 O’clock level. It was too late, our squadron was picked out. We were to get the full blow of the attack. I tried to fire the cheek guns, but they were frozen. I was scared stiff. They hit our ship hard as we were flying tail end Charlie. The ship was full of holes. There wasn’t a window in the nose. One big piece of plexiglass struck my leg, so I lifted it up to the astrodome to show the pilot, and when I did I saw the windshield was full with holes. Our tail was a mess. I don’t know if I heard it through the interphone, or if he just shouted, but the engineer yelled that number 2 engine was on fire. “She’s burning like hell. Let’s get out. Hit the silk boys.” The whole left wing was ablaze. Any second the ship would blow up. I ripped off my oxygen mask and fought with my flak helmet and flak suit to get them off. I already had my chest pack on. The navigator’s seat was stuck in the catwalk and I don’t even remember how I got it loose, but I guess I tore it out by sheer force. Then I crawled down and pulled the pins on the escape hatch, but still she would not fall out. I rammed it out with my feet. I sat there looking at the ground. I just couldn’t make up my mind whether to jump and get killed or stay with the ship when she blew up. I decided sitting there with my legs dangling out of the hatchway. Then I grabbed the crossbar and hung by. Finally I let go and grabbed the side of the ship, but apparently the slipstream tore me loose. I found myself catapulting through space. First it seemed like I was going like hell, then I gradually slowed up and I felt like a feather. After a while I decided to pull the ripcord and with a terrific jerk I found myself floating down under that beautiful umbrella. My hands began to freeze as I lost my gloves. Then I remembered I left my gun in the ship, so I was without a weapon. I looked around and ships were going down all around, wings and planes all in a ball of fire. There were quite a few chutes and a fighter diving straight for the ground, blowing up on impact. A camouflaged B-17 went spinning down too, it engines screaming. I knew that wasn’t one of our ships as we all had silver jobs. That must have been the B-17 that was giving away our altitude to the jerry ground forces for antiaircraft. Those nazis use quite a few of those captured to get information and give away bomber altitude. All of a sudden I saw a black fighter in the distance coming right toward me. I had no other vision but that of being helplessly strafed. I also thought of that pilot in the South Pacific who had his feet cut off by the Jap’s propeller. I was praying like mad. Suddenly, a silver P-51 with a red checked tail zoomed up from under me and engaged the FW190 in a mad dogfight. They both disappeared in the distance. I guess my prayers were heard by the good lord.

Alvine and the other survivors of the crew landed in friendly territory and were picked up by American ground units. Their B-17 crashed in the community of Trois Tilleuls in Louveigne at 1238 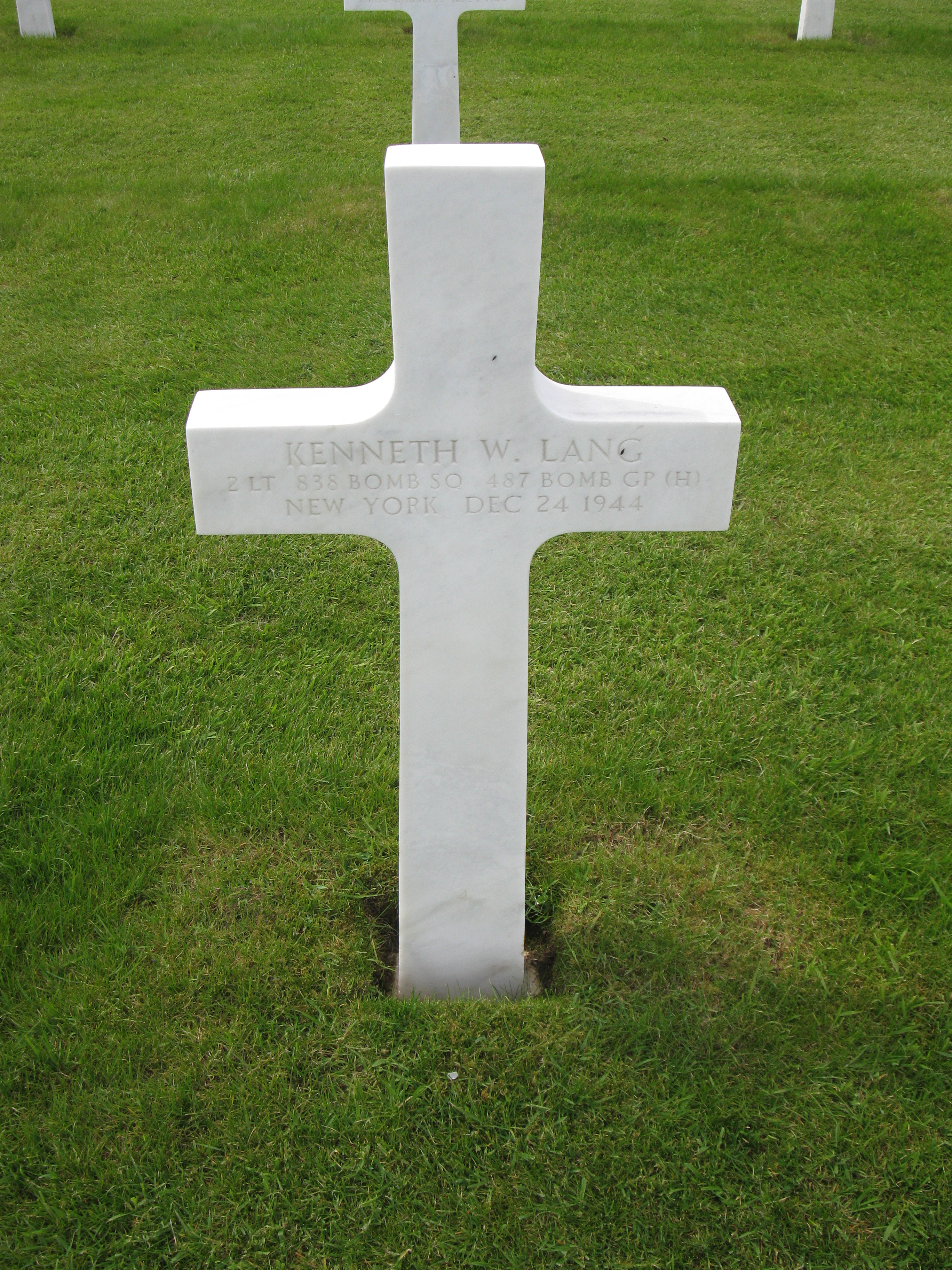