I knew we were hit because the shells exploded right through the middle of our airplane. It put a hole in the craft and started it on fire, the whole right side of the airplane started to burn. It started to go down, I didn’t see anyone else on board. When I looked, Kleinman was already flat on the floor. With the explosion in the craft I thought he was dead. Our interphone was shot out, I couldn’t talk to anyone. My left boot got hit with a piece of shrapnel. The whole bool was busted apart. But it was closed on top yet, and still holding. Where the foot was, that was solid, but across the front it was blown apart. I didn’t know what the hell to do, so I bailed out. I put my parachute on, went back to the escape hatch, pulled the handle, the door flew off. I got down almost in a kneeling position, put my hand on the ripcord and rolled out. As soon as I cleared the plane, I pulled the ripcord. Something we were told many times was not to pull your ripcord until you could make out a lot of things on the ground, a cow or a horse or a farmer, but like I said, the mistake I made was that I pulled the ripcord right after I cleared the plane. But that was the mistake that saved my life. We had just crossed the enemy lines, but because we had a head wind going into Germany, the wind blew me back far enough that I was picked up by the men of the 125th antiaircraft artillery battalion before the Germans could get me.
When Turnquist, the pilot, went to bail out, you’re supposed to do it head first, like I did. Turnquist went out feet first, though, I don’t know why. Our chute was a chest pack. When he went out feet first, he was blown up against the escape hatch and he couldn’t move, he couldn’t get in or out. He hung with his parachute on the escape hatch. I don’t know how long he was hanging there, but the bombardier Ceder came and grabbed him by his straps on the parachute. The escape hatch was only so big, and Cedar had to clear the pilot before anyone else could bail out. Ceder pulled Turnquist back in and dropped him and then bailed out after him. Turnquist pulled his ripcord, because the chute did stream out. But it never blossomed, it never opened. He just fell free. The co-pilot was mortally wounded and staying with the plane. It was burning on his side of the plane and he knew he was not going to make it anyway.

The B-17 crashed at 1240 in the community of So Lés Malines in Deigne. The bodies of 2nd Lt. Chatterton and T/Sgt. Stanton could not be identified individually and ultimately they were buried together at Rock Island National Cemetary in Illinois in 1950. 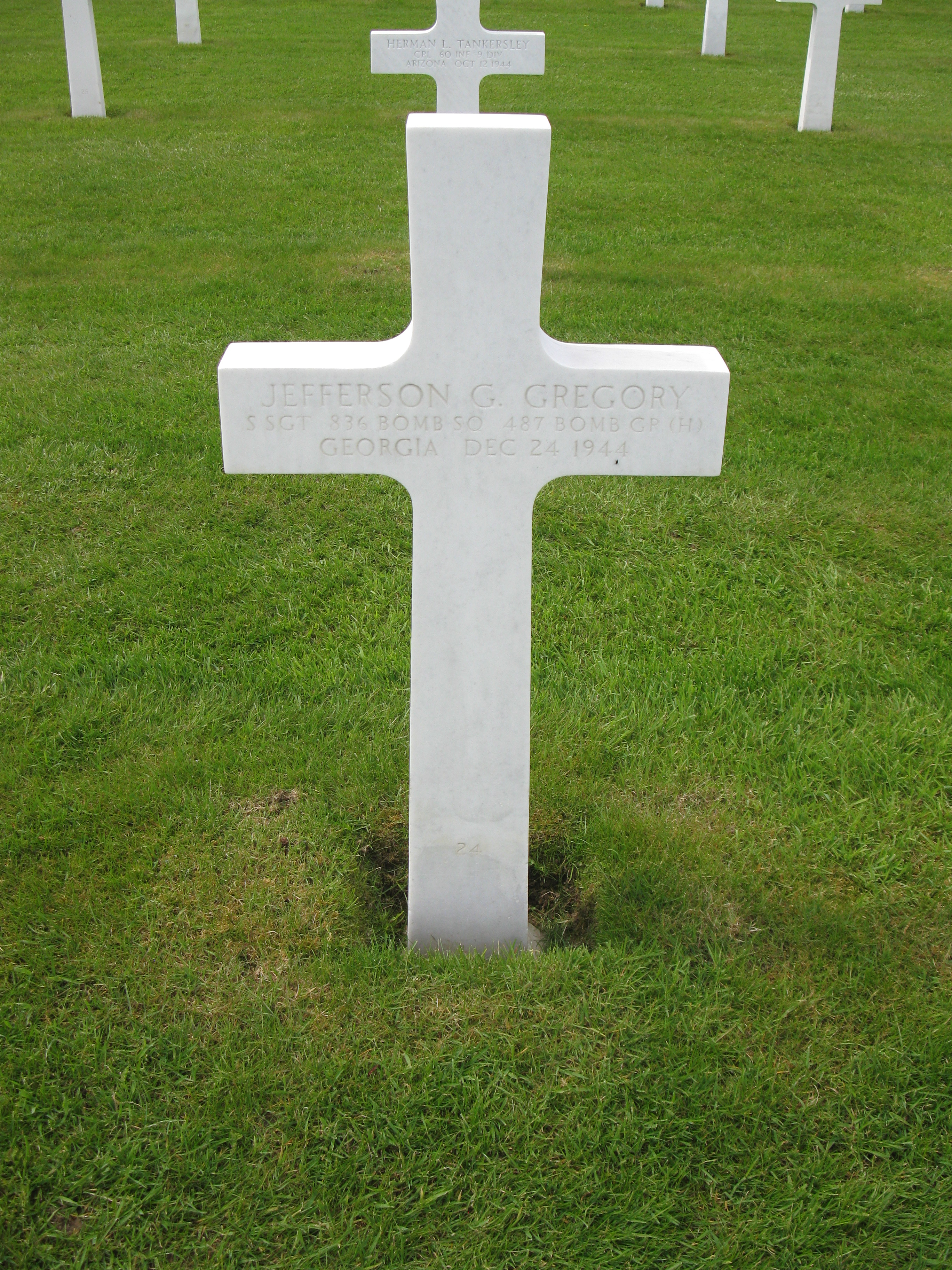